People who tried to get muscular and shredded would really appreciate the effects of Methenolone Acetate because those are people who know how hard is going to be for getting huge and dry. People usually add a ton of muscles but they are coming with fat and water retention and then they are dieting for getting rid of water retention and fat, but they lose a huge amount of lean muscles, despite working out regularly.

That’s when Methenolone Acetate is so helpful. The compound might be better known by most people as Primo because that’s what most bodybuilders used to call this compound due to its brand name – Primobolan. The active substance is Methenolone and that’s an anabolic androgenic steroid (AAS) which was derived from dihydrotestosterone. So, it like a “brother” to Winstrol (Stanozolol) or Anavar (Oxandrolone).

Alpha Pharma is offering Methenolone Acetate as brand Primo Tabs – they are same Primobolan pills with high quality Metholone but much cheaper. 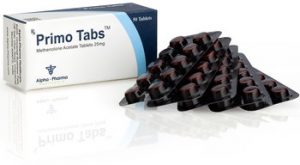 This is an orally active steroid that is very helpful for physique and performance enhancement that is very appreciated by a lot of bodybuilders because of various factors. 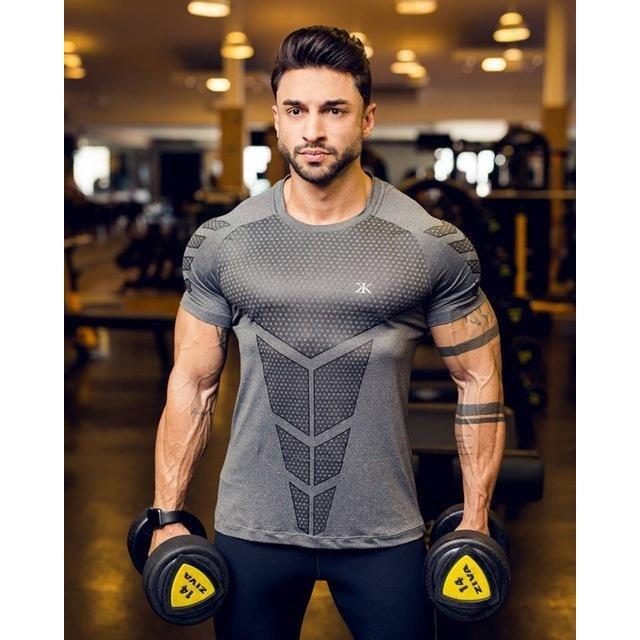 Another amazing thing about Methenolone Acetate is that it remains effective, it can be used with very big success in cutting cycles during a contest preparation. Is a steroid that can help you burn body fat and preserve lean muscle mass that you’ve earned really hard. As an added bonus, it would offer great hardening effects of your muscles, making them look fuller, bigger and be more visible.

The compound is going to offer muscle hardening effects, making you appear fuller, harder and defined all along with increased vascularity, boosted fat loss process and may add a bit of strength.

Methenolone Acetate – Primo Tabs is also a drug that would help to speed up the muscle recovery process too.

Lastly and extremely important: Primo Tabs – Methenolone Acetate is overall very mild in terms of side effects. This is considered one of the mildest steroids out there meaning that side effects are less likely to occur with this one, than with almost any other out there. Is not hepatotoxic and cannot aromatize hence no estrogen related side effects, is less suppressive to testosterone, less androgenic activity, less negative effects on cardiovascular system and cholesterol etc.

Methenolone Acetate (Primo Tabs) is a great steroid overall, which is very popular among bodybuilders and is a compound that was used by Arnold Schwarzenegger in his prime to receive the Mr. Olympia legendary title. But it has drawbacks.

For example, the compound is less dangerous in terms of side effects but it doesn’t mean that is absolutely safe. Abusing it would still offer side effects. But that’s not bad news – that’s just what should have been mentioned.

The real bad news is that Methenolone Acetate is having a much lower bioavailability and therefore is going to be much weaker than other steroids or Methenolone Enanthate.

In fact, is a weaker cutting steroid either. That’s why, another drawback is using Methenolone Acetate (Primobolan) alone is never a good idea because it won’t be enough to offer great effects. The compound is truly effective displaying great abilities when is stacked with other products.

That’s why, if you want to benefit from it, you should be thinking what other steroids to add. There are lots of variants, all depending on your own needs and goals – but they can all be purchased from this website AlphaPharma.to.

As much as you can see, there are good things about Primobolan (Methenolone Acetate) and the bad ones. Before actually using it, you need to make sure that this compound is good for you. We also recommend you to read about Primobolan side effects and how to correctly administer it in order to get the best efficiency.

Also, to get the best effects, you need to get the best compound, all along with other products that you want to stack it with. All of them can be obtained here at alphapharma.to for the best prices and make sure you get the highest quality.